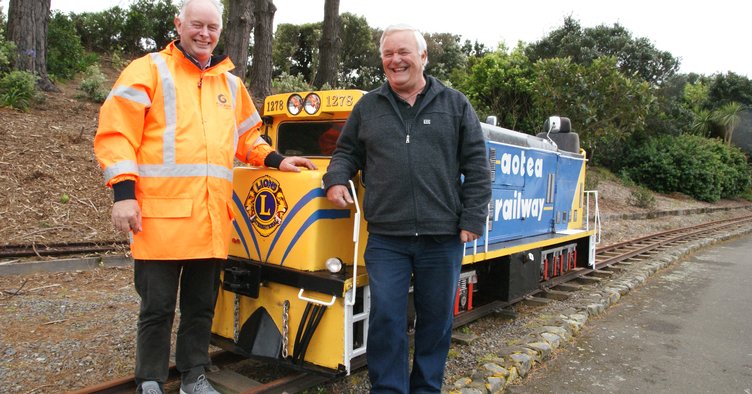 ­­The popular miniature railway at Aotea Lagoon looks to have a safe future, with the Lions and Porirua City negotiating a new agreement to pay for ongoing maintenance and operation costs.

The iconic feature of the reserve has been enjoyed by the public since 1979.

Due to rust and decay the train was deemed unsafe and stopped running in 2015. However, Porirua City Council agreed to upgrade sections of the 832-metre track, replaced a bridge, and improved drainage under parts of the track.

This allowed the train to resume running at Labour Weekend in 2017.

It was subsequently decided to update the 1989 operating agreement between the Lions Club of Aotea Railway Charitable Trust and the Council at a recent Council meeting.

The 1989 agreement was vague on responsibilities and accountabilities for maintaining and operating the railway.

A new agreement has been negotiated with the Lions which will provide more clarity and accountability around cost to maintain the railway, City Delivery Committee chairperson Anita Baker says.

“We will own and maintain the rail infrastructure asset and provide most of the funding for it to be maintained in a safe condition,” she said.

“The Lions will maintain the train and carriages and operate them, along with securing the necessary permits and certificates required.

“It’s the best way forward for a fantastic attraction for children and families at Aotea Lagoon.”

The exact cost to the Lions and Council will be determined on a year-by-year basis, depending on what maintenance and repairs are required.

Public rides take place on Sundays from 1pm-4pm, subject to the weather and cost $2.50, with children three and under free of charge. The train is also available for private hire by contacting the Lions Club of Aotea Railway.