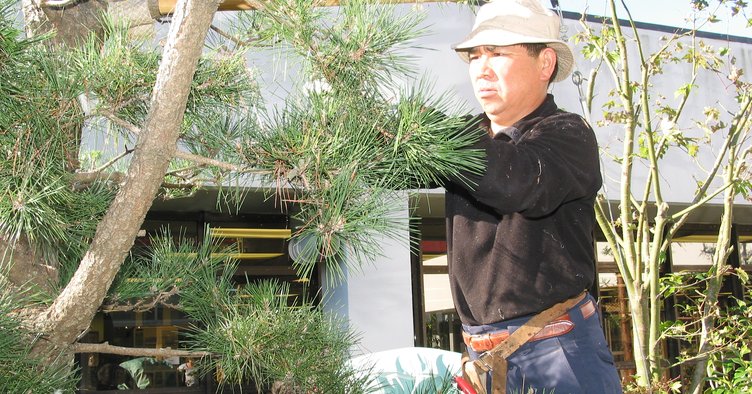 Porirua’s Japanese Garden is in line for some authentic love and attention.

Beginning on 30 April, four gardeners from Porirua’s sister city, Nishio, will travel here to carry out maintenance of the garden for four days. They will also train Porirua City Council gardeners on how to maintain the plants in the garden, which is next to Kaizen Café in Pātaka.

Parks Manager Olivia Dovey said the Nishio gardeners will pass on particular knowledge to their Porirua counterparts – for example, repairing broken ties there on the fence using knots that can only be tied in a certain fashion.

Along with technical expertise, there is the cultural worth in the visit.

“Members of the City’s Parks team will host the gardeners from Japan, so they will not just work together but share meals with them,” Ms Dovey said.

“There are things that only the Nishio gardeners know to do in the garden, so it will be great for them to pass on that expertise.”

The Nishio gardeners - who last visited in 2013 to tend to the garden - will also go to see the cherry blossom trees in Whitby.

There will be an opportunity for the public to come and check out the gardeners at work, and ask questions, on 1 - 2 May. An interpreter will be on hand to translate questions from the public.

Travel and accommodation for the gardeners’ visit is being funded by Nishio.

Porirua Mayor Mike Tana said having them in the city strengthened the already-strong ties between Nishio and Porirua.

“It’s fantastic that the gardeners can come and show off their skills, improving such a popular part of Pātaka,” he said.

“The cultural exchange and teaching of such specialist skills is what makes these Sister Cities relationships so valuable.”

Porirua celebrates its 25th year of being a sister city with Nishio this year. Students from Nishio will visit from August 17-24 and be billeted with Samuel Marsden Collegiate School Whitby students.

The Japanese Garden was created in the karesansui style, which represents mountains and water through the use of rocks and gravel.